What I did today?


1. I met my prof and he was being a cheap ass. whatever.


2. Went out with my high school friend which I missed muchies :)
We were close back then, he was such a flirt (and I believe he still is), been asking me to be his girlfriend for billions time, bluffing or not I don't know, since he loves asking girls to be his girlfriend (lol). Anyway, we were close because both of us were (or still are) childish, loves drawing and graphic designing and quite secretly adore each other's talent. 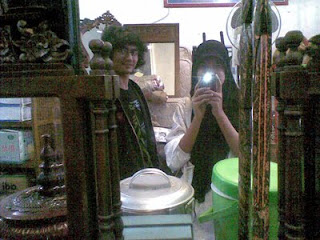 See, those are all antique stuffs! Old mirror, old drawers...
and lol at these two silly toys I don't even know the function, hahaha... 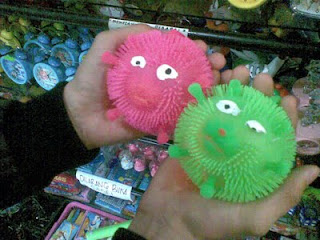 They're kinda cute, I think... 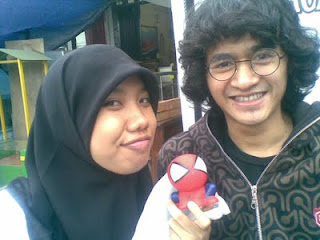 And he bought this little spidey! Haha, he's a spidey huge fan.


Oh, and then continued to me buying perfume, we kinda had fun spraying the perfume (err... yeah), I ended up buying CK one, I think it's nice ;d


How long ago had it been since the last time I went there? I can't tell, I don't remember really. It felt kind of nostalgic, which is funny since timezone isn't really a place you usually feel nostalgic in. lol. And we didn't really play anything... what we did there? We picked some left tickets, haha... felt so much like looking for a treasure, ha!


No, he didn't enter the shop, he waited outside and only came when I asked him his opinion, nice guy. So I got this pretty little ring ;) and I bought my mom a birthday present too, which she really really liked ;D 
he saw a polo shirt, which I thought is cute on him... and I didn't know boys need as much time as girls do on deciding if he should buy the thing or not, lol, after hours of contemplating, walking around the mall for miles and sore feet, he bought it. 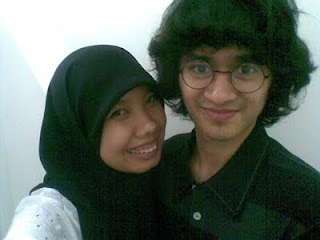 Anyway, just in case you’re wondering, he loves his round glasses SO much. He doesn't even need glasses, he just love John Lennon, yes.


in a slightly different note... Err, we did hold hands. It's been long since I did it, with the best friend it was never a skinship, with the new guy? He kinda grabs my arm, but not this kind of holding hands, this old fella, he offered his hand for me, it was kinda awkward (for me) at first, but then.. I quite enjoy it, haha... is it a good sign?

Not that I've harboured any kind of feeling towards him at this time,I just like the way he treats me. I think.

edit:
I forgot, haha... on our way to the parking lot, we had a running competition. lol. none of us won, though.

And if daddy didn’t force his precious little girl to go home early today, I wouldn’t be here to post this yet, we’d have a long night adventure instead. Daddy, you’re not being really cool this time.
about: an old fellow, girl talk, moments in life, that guy, the best friend at 8:14 AM Little notes of littletiara